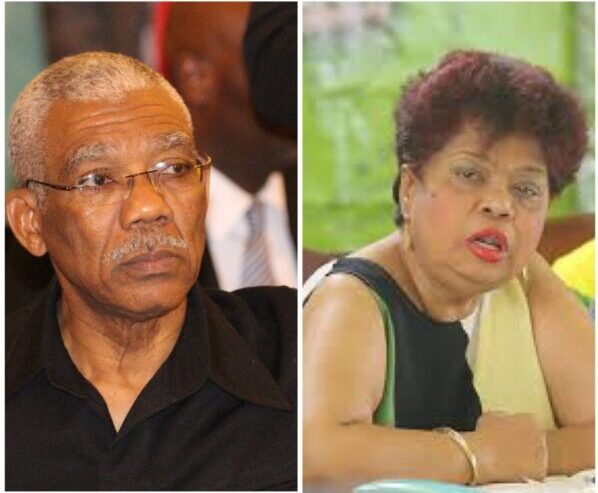 The members of Central Executive Committee of the People’s National Congress are calling out the PNC Leader and its General Secretary for what the party’s highest decision making body said is a continued disregard of decisions it makes.

“The most recent disregard is the “one man” decision by Mr David Granger to go ahead and commit the PNCR to continue its involvement and accept two recently formed parties as part of the APNU,” a statement from the members of CEC read.

Just a few weeks ago, the A Partnership for National Unity announced that it will be accepting two parties formed. By Jaipaul Sharma and Tabitha Sarabo-Halley. Today, the APNU is set to celebrate its anniversary.

“The actions of Mr David Granger are without any doubt unconstitutional and an affront to the membership of our Party. He will not be allowed to reduce the PNCR into a “One Man Show,” the statement said as it said the PNCR “never agreed to accept the recently formed Equal Rights and Justice Party or the Guyana National Builders Movement into the APNU.”

“We know nothing about these parties! They were never launched nationally, and we are unaware of what benefits they bring for the PNCR to even considering accepting them into the Partnership. That’s why we suspect them as “shell parties,” the CEC members said in the statement.

CEC members said it was during its last meeting that is specifically mandated David Granger and Amna Ally to “put on hold any further involvement of the PNCR with the APNU until the status of that Partnership was fully discussed and decisions on the way forward are taken.”

The CEC members said too said that notwithstanding the Party’s decision, “Mr Granger went ahead and publicly advertised that the PNCR has accepted these two shell parties as part of the APNU.”

The CEC members in the statement reminded the PNC Leader  of the Party’s decision on the matter and expected that that would be the end of it until the CEC met and had internal Party discussions.

“Members, we are now witnessing this latest disregard of the Party’s decision, compounded by Mr Granger affixing the symbols of these two non-approved parties onto a programme purported to be that of the APNU for its 10th Anniversary Celebrations,” the CEC members said on Thursday in the statement.

“That is a “one man show” which the Party will not allow Mr Granger to get away with. Therefore, the Party does not recognize these two shell parties as part of the APNU.”

The CEC members said it considers these actions a breach of its party constitution and called for the party’s congress to be held.

“Members of the PNCR, let us come together, hold Congress, elect new leadership, and continue the development this great Party to take back office at the next general and regional elections.”