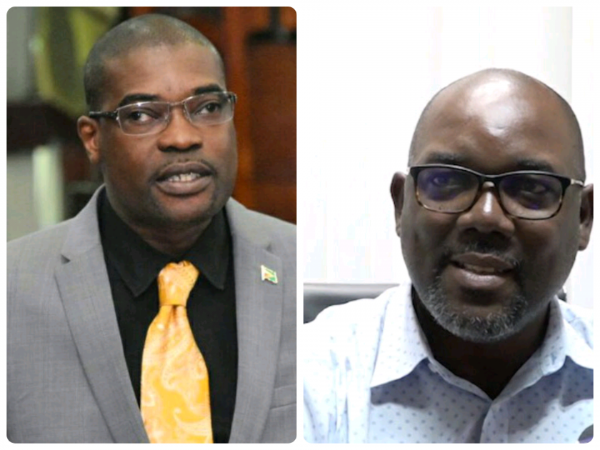 The trial involving the General Secretary of the Alliance for Change (AFC) and former Minister of Public Infrastructure, David Patterson, and former General Manager of the Demerara Harbour Bridge Corporation (DHBC), Rawlston Adams will commence on April 20, 2021, and continue the following day.

Today when the matter was called before Senior Magistrate Leron Daly, Patterson, and Adams were served partially served with statements. Further statements will be served on them ahead of the trial.

They have both pleaded not guilty to the charge which stated that between November 18, 2016, and February 1, 2018, at Georgetown, they conspired together with each other and with other persons unknown to defraud the Demerara Harbour Bridge Corporation of $162,635,015.

They remain out on $200,000 bail each pending the hearing and determination of the trial. The case is being prosecuted by Special Organized Crime Unit (SOCU) Prosecutor Attorney-at-law Leslyn Noble.

Patterson is being represented by Attorneys-at-law Nigel Hughes, Ronald Burch-Smith, and Khemraj Ramjattan, while Adams has retained Attorney-at-law Glenn Hanoman.

In the circumstances, the Prosecution contends that the monies from the Demerara Harbour Bridge Corporation Asphalt Plant account could not be used to conduct the feasibility study and design for a new bridge across the Demerara River.

A probe by the Public Procurement Commission into the Auditor General’s Report for the fiscal year 2016,  revealed that the Public Infrastructure Ministry had breached the Procurement Act in awarding a contract in December 2016 to LievenseCSO for the feasibility study and design.

It was also found that the then Ministry of Public Infrastructure did not heed the advice offered by the National Procurement and Tender Administration Board to retender the project.