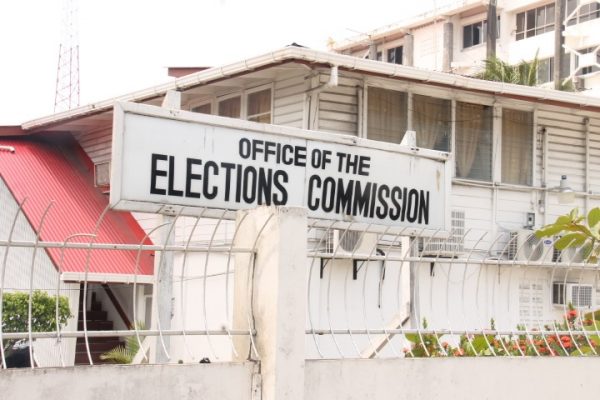 Petitioners Claudette Thorne and Heston Bostwick are asking the High Court to vitiate the results of the March 2, 2020, General and Regional Elections as it was substantially not in compliance with the law in relation to the conduct of the election in Guyana. But leading Caribbean Senior Counsel Anthony Astaphan, on behalf of the Guyana Elections Commission (GECOM) is arguing that the petitioners have not submitted evidence to show that there was “total non-compliance with the law”.

These were among the arguments proffered by Astaphan this morning when Chief Justice Roxane George, SC commenced hearing election petition #88, the APNU/AFC only surviving petition on which the party is seeking to invalidate the results of the election on the ground that Section 22 of the Election Laws (Amendment) Act (ELA) and Order #60 of 2020 are unconstitutional.

Order #60 of 2020 was created by GECOM pursuant to Section 22 of the ELA and Article 162 of the Constitution of Guyana to facilitate the recount of all ballots in the March 2020 General and Regional Election. The intent of Order #60 was to resolve irregularities, discrepancies, and anomalies occurring in the elections process and to determine a final credible count.

In his opening arguments, Astaphan noted that in the Guyanese case of Esther Perreira v Chief Election Officer et al 1998, Justice Claudette Singh, as she then was, made it “very clear” that in Guyana a mere breach of the law is not sufficient to invalidate the results of an election.  The Senior Counsel pointed out that the petitioners failed to plead that there was total non-compliance with the law in relation to the conduct of the March 2, 2020, General and Regional Elections.

“…total non-compliance with the law as held by Justice Singh where she said that no ID [card]… was a substantial non-compliance with constitutional provisions for free and fair elections in Guyana because it would have had the effect of denying persons the right to vote simply because they did not have an ID card, when in fact the law would have permitted them to vote, once registered, without an ID card.”

Taking this into consideration, the Caribbean lawyer argued that there is nothing pleaded in petition #88 to suggest any sort of total non-compliance with the provisions of the Representation of the People Act which required there to be a recount to remove the difficulties that were being experienced by GECOM and the country to arrive at a credible recount to be able to declare a final election result.

“A mere breach is not enough. It has to be a substantial non-compliance that introduces something, introducing a principle that is hostile to the fundamental constitutional principle,” he added.

“So, then Mr. Astaphan are you saying that there has been a breach but just that it is not substantial?” the Chief Justice asked GECOM’s lawyer.

He replied “no” and went on to clarify,  “I am saying to arrive at a breach, you have to establish that the breach was of such an effect as to affect the conduct on the recount.” Our primary case as you would see from our submissions is that there was no breach. We stand by our written submissions fully and absolutely. That there was no breach. That Section 22 of the ELA got its constitutional status and genesis from Article 162 of the Constitution. Order 60 was entirely consistent with Section 22  of the ELA and Article 162…the purpose for Order 60 was transparent, it was enacted in good faith and it was intended to remove the difficulties that prevented a declaration of final results for several months.”

Astaphan questioned, “In the face of the difficulty, what was GECOM to do? What should GECOM have done with the intransigence of the Chief Elections Officer and the Returning Officers and the difficulty to get cooperation for resolution in the matter?”

He continued: “As I indicated in my introductory comment, the Constitution and statute were obliged to act otherwise, chaos would have resulted as a result of the inability of GECOM because of the difficulties and intransigence that it faced in declaring the final result as to who was properly elected in Guyana.”

“We [GECOM] are not conceding any breach at all,” Astaphan made it clear.

“Merely stating in the petition that the election results may have been affected in wholly affects. There must be material particulars and facts that indicate precisely how that would have been done. Merely stating that is a vague general statement…”

Against this backdrop, Astaphan told the Chief Justice that even if she finds that there was a breach, there were no consequences which affected the conduct or result of the count, and therefore the election petition should be dismissed.