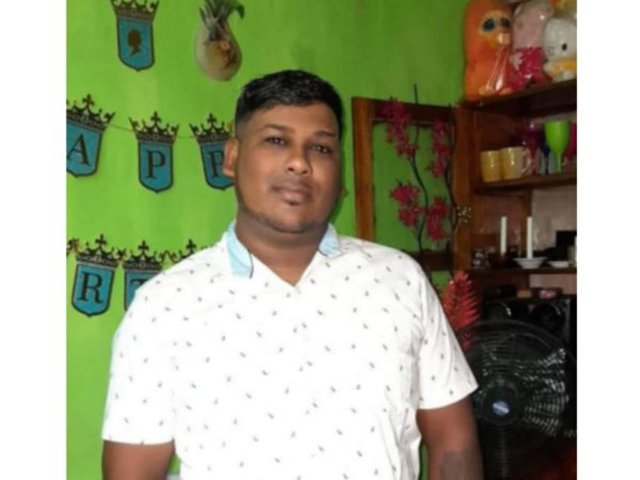 The family of Wazim Ray Ramjattan has not been able to lay him to rest some 16 days after he passed away.

The family has many unanswered questions about his death and most importantly why another body is being presented to them as Ramjattan. They want to know where Ramjattan body is.

His sister Manisha Ramjattan said that the family is treating Ramjattan’s body as missing.

The family said that the body went missing between the Georgetown Public Hospital and Memorial Gardens Funeral home which is located in Le Repentir.

Manisha recalled her brother being rushed to the Emergency Unit of the GPHC on the 29th March. She told this publication that he was pronounced dead by a man she identified by name. That man she would later understand is a medic and not a doctor.

Manisha said that the family could not see much of her brother’s body since hospital staff said that due to the pandemic, access to the Emergency Room was limited.

She said that they were eventually told that the body would be transferred to the Memorial Gardens, a funeral parlour. While there the family recalled the porter with the name “Wazir Ramottan” on the tag.

Manisha said that the family wanted to confirm that the body at the funeral home was indeed that of her brother.

This saw the family “running around” almost daily, “Every time we go to the hospital, it is a royal run around, that is how we have been from the 29th March to the 9th April,” the frustrated woman said.

Manisha said too that when the family enquired whether a post mortem was done, they were informed that a doctor whom she named reportedly said she was not signing the death certificate since she did not pronounce the man dead. That led to another set of “running around.”

As the family sought to bring this matter to some finality, Manisha met with the Central Islamic Organisation of Guyana, that body asked Minister of Health Dr Frank Anthony to intervene.

She said the family then got the death certificate which gave her brother’s cause of death as COVID-19 related.

The woman said she found this most unusual as she called for the results to be released, “we want to see the results from GPHC that said he died from COVID, we never saw that he was tested, how do they know he is COVID, when they said he is dead and placed him in a corner,” she said.

At the parlour on Saturday, the woman said the family was asked for documents to release the body.

She said that after some back and forth between the parlour and the mortuary, the family was being told they still would not be able to see the body. The family held out that they have to identify the body.

“From the time we saw the body, the individual who was in that box, is Mr Imtiaz Uman, as our brother Wazim Ray Ramjattan.”

Asked how she knows Imtiaz Uman, Manisha explained that when the parlour checked their records, they were told that when Uman’s family came to finalise burial, Uman’s body was not properly identified by his relatives,.

“It was two young girls that came and who were scared to identify the dead, they just peep the dead, that is what the aunty who was in the meeting with us at CIOG stated, that the deceased has two step daughters and they were scared to look at the body, they just peeped it and said yes, that is their step father and proceeded to lock the coffin and it was taken straight to burial ground.”

The family is now assuming that their  brother’s body is buried as Uman’s, (another deceased) “but we really don’t know, we don’t know,” the woman said.

She said too that Uman’s family had maintained they buried the right body, “the parlour man said look at this dead carefully, that is your dead, the father of Imtiaz denied and said he buried the right dead.”

Manisha said that Uman’s father was then showed several marks on his son’s body which included some marks related to dialysis treatment, “when we show him that then he positively said that is his body.”

The family said the whole saga has prevented them from mourning for her brother properly, they have not been able to give him a proper funeral and they are now left hoping that this wrong can be rectified.