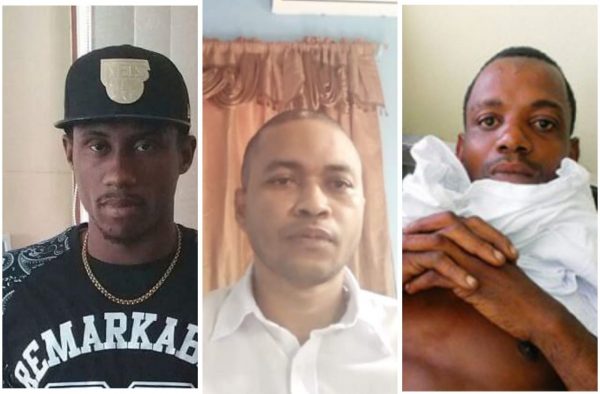 33-year-old Orpheus Johnson formerly of Craig, East Bank Demerara has pleaded guilty to manslaughter charges over the shooting deaths of two men in 2015.

Initially indicted on two counts of murder, Orpheus Johnson was arraigned on Tuesday before Justice Sandil Kissoon at the High Court in Georgetown. He admitted that on April 22, 2015, at Agricola, East Bank Demerara, he unlawfully killed Gladstone George.

Facts presented by State Prosecutor Tyra Bakker stated that on the day in question, George was shot while he was a passenger in a minibus that had stopped at Agricola, East Bank Demerara. According to the prosecutor, it was Johnson who walked up to one of the bus windows and discharged several rounds at George. The injured man was pronounced dead at the Georgetown Public Hospital.

According to reports, Rudder was killed after shots fired through his bedroom window hit him, his reputed wife, and son. The family was rushed to the Georgetown Public Hospital where Rudder was pronounced dead on arrival. Gill who was shot seven times in the leg sustained several broken bones.

The child was shot in his abdomen.

Prosecutor Bakker told the court that Johnson gave police a caution statement admitting to the crimes. The confessed killer will return before Justice Kissoon on May 3, 2021, for sentencing.

Johnson was previously charged with the April 2009 murder of Kaneville, East Bank Demerara resident Brendon Charles whose lifeless body was discovered in a yard a short distance from his home. Following a trial at the High Court, Johnson was acquitted of the crime by a jury.