Guyana is monitoring approximately one hundred persons for possible exposure to the Coronavirus (COVID-19) disease, none of these persons have yet been tested positive but have either indicated symptoms of the virus or would have had direct contact with the persons who have so far been tested positive or exposed to third party contact. This is according to the Pan American Health Organization/ World Health Organisation country representative Dr. William Adu-Krow in an interview with BIG Smith News Watch on Wednesday morning.

Dr. Adu-Krow noted that thus far, the recorded positive cases which Guyana is aware of and which is on the record are the five persons who were first tested positive, included the first case which is now deceased.

He was asked to explain the numbers which show Guyana as having in excess of thirty positive cases as reported by international news organizations when Guyana is only reporting to the nation a case of five.

He said that PAHO/ WHO has since advised Guyana’s Ministry of Public Health to provide the population with daily updates on the coronavirus so that the population knows what is being done, how much persons were tested within a 24 hours period, how much in quarantine, how much tested negative of the total number tested, etc.

He said that there was a case where a woman traveled to Cuba on March 12 and began showing symptoms for COVID-19 on March 16 and later tested positive. He stressed that based on the International convention and counting, that cases are recorded as a Cuban case since the test was done there but would be treated as an imported case, similar to Guyana’s first case which was tested positive hereafter the woman returned from the United States. 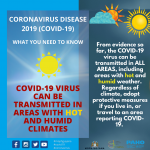 He further added that there is no clear indication as to if the woman picked up the virus in Guyana or Panama but that Guyana with support from PAHO/WHO is conducting ‘contact tracing’ to see who and who the woman was in contact with the last fourteen days before she traveled to Cuba.

With respect to the numbers being reported elsewhere except in Guyana, Dr. William Adu-Krow was asked if he feels Guyana which is located in South America is being mixed up with French Guiana and he said that he really does not know if that is the case.

In-fact, he indicated that he was forced to call the Genevan Office once, over the numbers which were being reported on Guyana.

“I really cannot say; like you; it is baffling to me also, they are all reported something different, someone said to me they saw it on a website so I called Geneva where I asked them if they are showing a number six which I am not aware of and they said no that not the number the number they have” stated Dr. William Adu-Krow

BIG Smith News Watch was told by the PAHO/WHO country representative here in Guyana that they have taken note of some come comments where persons are questioning how is it that Guyana reported five positive cases two weeks ago and to date are still reporting that we only have five positive cases, he stressed that while tests are being done, persons are being tested negative and this could be due to the early measure to detect, quarantine and isolate suspected cases.

He, however, reminded that there is nowhere to know if persons walking around in the country might have the virus and that can only be ascertained when they are tested and that is why social distancing is recommended and should be taken seriously. 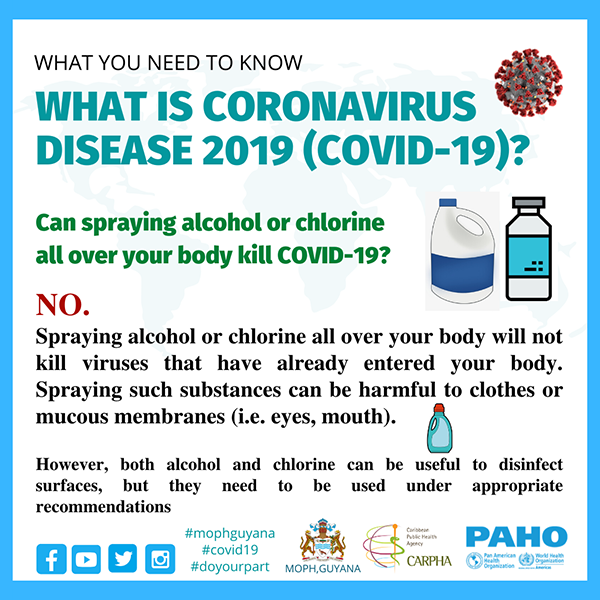