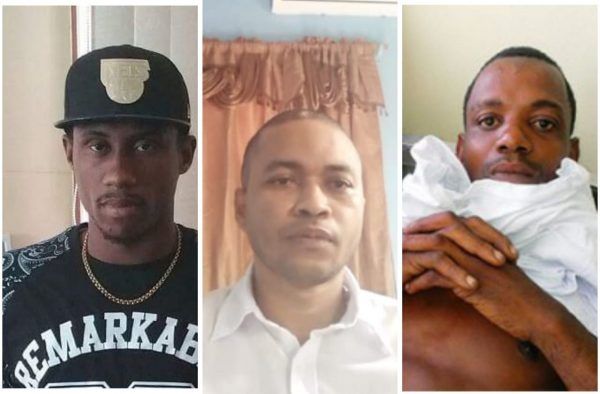 34-year-old Orpheus Johnson who admitted to killing two men in a hail of bullets back in 2015, is appealing his two life sentences arguing that they are severe. In April, Johnson, also known as “Magga Man”, was arraigned before Justice Sandil Kissoon on two counts of murder over the deaths of Travis Rudder and Gladstone George.

According to reports, George was shot while he was a passenger in a minibus that had stopped at Agricola, EBD. Johnson walked up to one of the bus’ windows and discharged several rounds at George. The injured man was pronounced dead at the Georgetown Public Hospital. Rudder, on the other hand, was killed after shots fired through his bedroom window hit him, his reputed wife, Mowanza Gill, and their son, 18-month-old Jaheal Rudder.

The family was rushed to the Georgetown Public Hospital where Rudder was pronounced dead. Gill was shot seven times. The child was shot in his abdomen. Justice Sandil Kissoon sentenced Johnson to life imprisonment for each of the two killings. The killer only becomes eligible for parole after serving a minimum of 30 years. The two life sentences will run concurrently.

Also, Johnson was charged with attempting to murder Gill and Jaheal Rudder. He pleaded guilty to the two counts. He was sentenced to serve 20 years’ imprisonment on each count which will also run concurrently. Justice Kissoon ordered that the two life sentences will run concurrently with the two 20 years’ jail terms. The prison authorities were ordered to deduct whatever time Johnson spent in pre-trial custody from the sentences.

Johnson was previously charged with the April 2009 murder of Kaneville, East Bank Demerara resident Brendon Charles whose lifeless body was discovered in a yard a short distance from his home. Following a trial at the High Court, Johnson was acquitted by a jury. He was also charged and convicted on charges for possession of narcotics, robbery under-arms, and illegal firearm and ammunition possession.