Minister of Youth Affairs Simona Broomes on Wednesday travelled to Barnwell North, Mocha where she oversee the delivery of potable water supply to residents living in that community.

Yesterday the Guyana Water Inc. moved into the area where they installed a number of stand pipes which will see a total of some one hundred and twenty household benefiting from access to potable water supply.

What existed previously was water mains running up to the nine street of a community which has nineteen streets, it therefore meant that person from the other streets beyond the ninth street would have to trek miles to access water from residents who live within any of the first nine streets. Yesterday Wednesday, stand pipes were erected to the entrances of the other ten streets as a temporary measure while residents were encouraged to get registered for their individual pipe lines.

Minister Broomes noted that the community had a lot of farmer and other professional and even school children who have been longing for this key service which should not be considered a luxury but rather a right and necessity.

“Any good government should ensure that their people have health, education, potable water and light but this community for years had no infrastructure” She explained.

She said that with the issue of road for the community that is being discussed with the relevant agency and technical persons as several things need to be taken into consideration. The Minister also pointed out that if all goes well, the residents of Barnwell could see themselves have electricity in time for Christmas.

At the moment what exists is that residents have been helping themselves to their own electricity (illegally) by connecting wires to the poles located miles away from their homes and that electricity is being channelled to their homes with the use of substandard wires stretching miles to their home, while passing through bushes, running along dams and hovering over canals and drains.

Guyana Water Inc. Regional Manager Nishaul Samaroo in his interview BIG Smith News Watch stated that the while they have several persons on their data base as customers who live in the first nine street along Barnwell North, they are hoping to bring the other residents on board and what is why the company also took into a team on Wednesday that allowed those who were willing to sign up for their water supply to have that done. 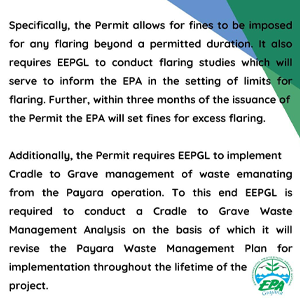