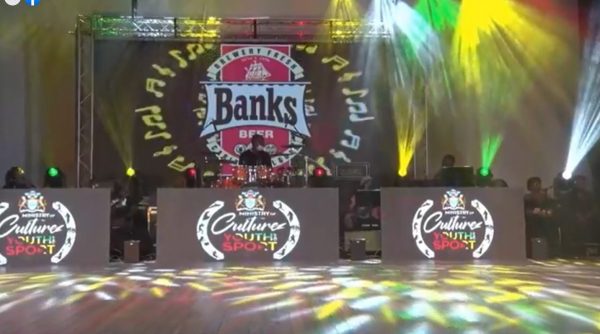 What has been described as the worst censorship ever experienced at the level of the annual calypso competition is not sitting well with several persons within the music industry. The social commentary type competition was hosted virtually this year and saw several performers gracing the stage but visibly absent were judges and at least two performers whose songs touched on Black Lives Matter and the elections and politics in the United States were edited out of the televised version of the competition.

“He bruck up the country” was performed by the Mighty Duke with these lyrics that kicked off the song, “2016 I warned you America, do not elect this fella, but you didn’t listen, you didn’t listen at all, you went straight ahead and you installed, the man was power drunk, selfish and crazy but yet you run and give him presidency, it was mutiny on the citizenry, four years of severe, torture and tyranny.”

The other song, Black Lives Matter was written and performed by Sweet Kendingo.

“People killing blacks long before I was born, who killed the most blacks, you see the stats you scorn, the stats really matter now, we got to fix it somehow, George Floyd was innocent, you know the boy was nice and decent, but what really bothering me we pretend that we do not see, in that country where my grandfather come from, Black lives matter,” the song started off.

Both men performed the finals we were told, but their performances were never aired.

A source familiar with the competition said that one performer was told his song could “create bad relations with Guyana and the US.” The source said that ministry officials told one performer that his lyrics were not approved by the Guyana National Broadcasting Authority and calypso competition was a government competition so he could not perform it. He eventually performed, but that performance was not aired.

When we contacted the Chairman of the Guyana National Broadcasting Authority Glen Hanoman said the Board of the GNBA “never had any discussion,” about the calypso competition, “I don’t know where that instruction came from,” Hanoman said.

Another person familiar with the issue denounced what he described as heavy censorship of the competition this year, “I think the worst ever in the history of calypso,” he said, “this is why I admire Frank Anthony, one calypsonian won five times under Dr Anthony watch, not one time, he stepped in and say we got to muzzle this person or that person, he never interfered, but this year, oh my god, even in the finals, they still eliminated two people, it was clear that the two, although they went forward, with the finals could not have won because they ain’t show them at all.”

Several persons said they were discouraged by the absence of judges too as they said no judges were introduced nor announced. This, they said they considered a breach of protocol as they said this is the first time in the history of the competition there was no judge.

Indeed, the broadcast showed no judges and none were announced at the end, Lord Canary was announced as the winner of this year’s competition with Young Bill Rogers coming in at 2nd place and B52 and Eagle at  3rd and 4th places respectively.

We tried to solicit a comment from Andrew Tyndall, coordinator of this year’s competition but calls to his mobile phone were unsuccessful.