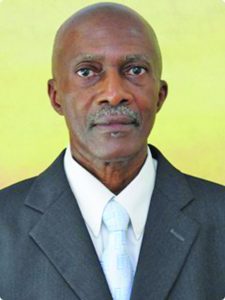 40 years after he was found guilty sentenced to 18 months imprisonment for the possession of explosives without lawful authority, Donald Rodney is now a free man after the Guyana Court of Appeal overturned his conviction and sentence this afternoon.

The ruling was delivered this afternoon by Chancellor of the Judiciary Justice Yonette Cummings-Edwards, who was among two other charges deliberating on the matter.   The ruling comes weeks after Director of Public Prosecutions (DPP), Shalimar Ali-Hack conceded that there was not sufficient evidence to support the 1982 conviction which was imposed by a Magistrate.

The DPP also conceded that Donald Rodney’s right to a fair trial within a reasonable time as guaranteed under Article 144 of the Constitution of Guyana was infringed upon due to the delay in the hearing of the appeal. Donald Rodney had always maintained his innocence, and as such, filed an appeal against his conviction and sentence. But it took four decades before the matter was heard.

Donald Rodney is the brother of historian and politician, the late Dr. Walter Rodney, who was assassinated in June 1980. Two years after his brother’s death, Donald Rodney was sentenced to 18 months’ imprisonment after he was found guilty of possession of explosives without lawful authority.

Donald Rodney had mounted several protest actions in front of the Court of Appeal in Kingston, Georgetown over the delay in hearing the appeal which was shortly after his conviction. He had been released on bail pending the hearing and determination of the matter.

Donald Rodney has successfully completed the Hugh Wooding Law School. However, because of the conviction he was unable to be admitted to the Bar to practice as an Attorney-at-law.

On Friday, June 13, 1980, Dr. Walter Rodney was assassinated when a bomb exploded in his car in Georgetown. At the time of his death, he was 38 years old. It was reported that his brother, Donald, was the only eyewitness to the explosion.

A Commission of Inquiry (COI) conducted under the previous PPP/C Government led by Donald Ramotar, concluded that Dr. Walter Rodney’s death was a State killing and that the then Prime Minister Forbes Burnham had to have known about the plot.

Dr. Walter Rodney was the founder of The Working People’s Alliance (WPA).