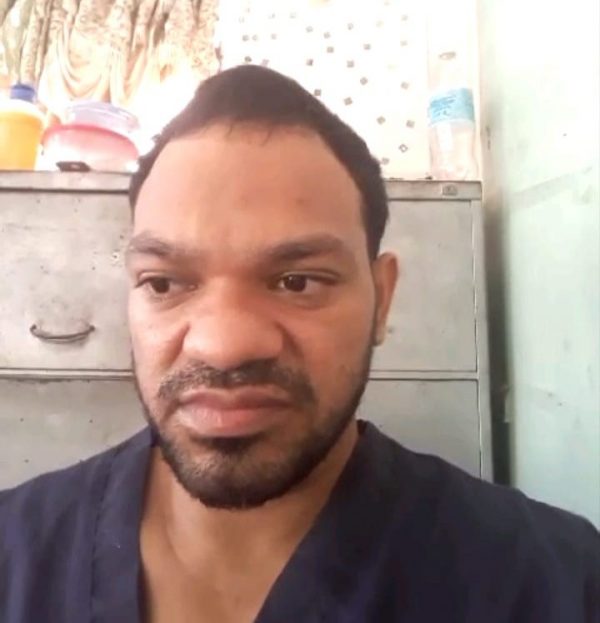 The Court of Appeal on Tuesday upheld the 23 years prison sentence imposed on Calvin Ramcharran, who was convicted of raping a woman by a jury in 2015. Following a trial before Justice Jo Ann Barlow,  28 year old Ramcharran was convicted of two offences, namely rape and assault causing actual bodily harm committed on a 20-year-old woman. He was sentenced to 23 years on the rape charge, and four years on the assault charge. The trial judge ordered that the two sentences are to be served concurrently.

The rape convict then filed an appeal, in which he asked that his conviction and sentence be set aside. The incident occurred on July 22, 2012, while the woman was at a dance in Soesdyke, East Bank Demerara. On the night in question, after consuming beers with her friends, the woman went to use a makeshift bathroom close by.

According to the victim, she encountered Ramcharran who asked her “if she was doing business”. She recalled that when she replied “no”, Ramcharran struck her on the head with a bottle and she fell. The woman related that Ramcharran dragged her through a building and into a bushy area where he had sex with her against her will. A medical examination performed on the woman revealed that she had bite marks to her neck and bloody secretion coming from her vagina. Ramcharran, in defence, contended that he was never at the dance when the incident occurred. He claimed that he was in Georgetown with his girlfriend. The victim, on the other hand, testified that she had known Ramcharran before since they attended the same school.

Among other things, the Appeal Court rejected the grounds of appeal advanced by Ramcharran’s lawyers, Nigel Hughes and Ronald Daniels. “This is a case of recognition more than identification. The requisite directions were given to the jury by the trial judge. They [the jury] were properly assisted in coming to their verdict,” Chancellor of the Judiciary Justice Yonette Cummings-Edwards held. The Court even disagreed with the lawyers’ contention that the sentence imposed was severe having regard to the circumstances of the case.

According to Justice Cummings-Edwards, the only complaint the court can find is that the trial judge did not outline how she arrived at the sentence. “The Court will only interfere if a sentence is found to be manifestly excessive or passed on the wrong principles,” she noted. The Appeal Court underscored that Ramcharran’s case did not fall into this category. In the circumstances, the court dismissed the convict’s appeal against sentence and conviction.

The other judges who heard the matter were Justices of Appeal Dawn Gregory-Barnes and Rishi Persaud.