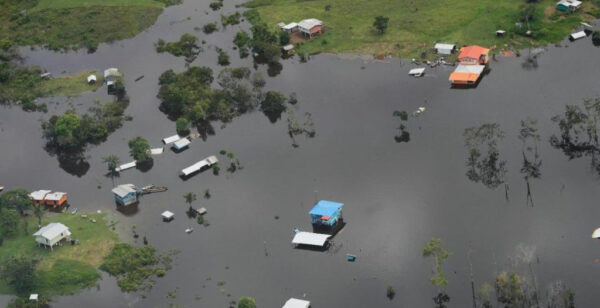 The Alliance for Change is accusing the PPP government of ignoring some of the hardest hit flood communities and providing relief to selective areas. On Friday, the party said that it has noticed the “selective distribution” of hampers to persons it describes as supporters of the ruling party.

The party listed Kwakwani, Hururu, Rockstone, Moritaro, Malali, River’s View and Lower Kara as among the areas affected by the recent flooding.

“The residents lack access to purified water, are faced with rationed electricity (if any at all), limited groceries, failing nutrition, no access to proper sanitation facilities, and possibly face an outbreak of water-borne diseases,” the party said on Friday.

“The Alliance for Change makes it emphatically clear that it is disappointed in the government’s handling of this disaster, one of the worst in our country’s history,” it added, “Taking note of the displacement of families, the death of thousands of livestock, and the drowning of farms, to name a few, there are clearly no structural plans to deliver relief and humanitarian aid.”

The Alliance for Change said that it has been able to deliver relief to residents in Regions 3, 4, 5, and 10 and will continue this distribution of relief until lives are returned to a level of normalcy.

It called on the government to be a government for all the people as it called for the equitable distribution of flood relief.