The Guyana Police Force has had many opportunities in the past to prove that it is an unbiased and noble organisation which stays true to the oath of service and protection and the upholding and enforcement of the rule of law without fear, favor, affection or ill-will.

Over the years however, the reality is that some within the organisation, often times the more junior officers and ranks, squander those opportunities and there are many factors that causes that; some do because their friends end up on the wrong side of the law, some do in exchange of favors and there are others who do for a small change here and there.

An old saying tells us that “everyone deserves a second chance” there is another old saying that says “In every dark situation there is a sliver lining”. Fortunately for the Guyana Police Force, both of these old sayings have shun on them given the developments on Sunday Probe launched into ‘unauthorised’ police escort of SUVs’

Let me first deal with the issue of ‘second chances’. Commissioner of Police Leslie James, Deputy Commissioners Nigel Hoppie, Paul Williams, Lyndon Alves and Maxine Graham along with Traffic Chief Linden Isale by virtue of the developments Sunday April 21, 2019 have been flung into that position where they have to prove to all and sundry that irrespective of race, creed, position and wealth, that the current administration of the Guyana Police Force will ensure that once the law is broken, those culpable regardless of whatever influence they have, will not be allowed to continue along walk freely. As i said earlier,  opportunities were and to prove itself as saying what it means and meaning what it says the Guyana Police Force now has that opportunity. Jesus on the cross of Calvary said “forgive father; for they know not what they do” it is that spirit of the season of the ‘Forgiveness’ that the force can be excused for the many opportunities squandered and those are now regarded as a collective of ONE. The second chance is now here. It is also an opportunity for the current administration of the force to prove that it is different and that Excellency President David Granger made no mistake when he said he wanted those who are “not corrupt and unbribeable”

This now brings me to this press release which was issued by the Guyana Police Force on March 09, 2019.

“It has been observed that owners and drivers of motor vehicles are affixing coloured lights (blue and green) to the front of their vehicles. This practice is illegal and should cease forthwith. Regulation 34 (1) (a) of the Motor Vehicles and Road Traffic Act, Chapter 51:02 states” Every Motor vehicle, the width of which does not exceed seven feet, other than a two-wheeled motorcycle not having a side car attached thereto and an invalid carriage, on any road, during the hours of darkness shall carry two lamps, each showing to the front a white light visible from a reasonable distance”. The Guyana Police Force Traffic Department wishes to advise owners and drivers who are guilty of this illegal practice, to desist from affixing these lights on their vehicles or face the consequences of being prosecuted.”

The Traffic Chief confirmed the two policemen who were escorting the businessman’s vehicles admitted that they did so without permission. Sergeant/ Lance Corporal questioned by detectives, transferred for unauthorised escort of SUVs’

No confirmation was given as to if the ranks admitted to being aware that the vehicles they were escorting were outfitted with flashing blue and red light and also had sirens on them although they were not emergency vehicles.

This is where the ‘sliver lining’ comes in. While the police are expected to do their own investigations to ascertain the presence of those instruments on the civilian vehicles, if they manage to move quickly enough and prove a case, then they will be doing themselves a favor of practicing what they preach and ensure that those responsible for the presence oft the instruments on those vehicles are prosecuted as they police statement earlier in march stated.

We are all given second chances and sliver linings, how you use them is what defines you. 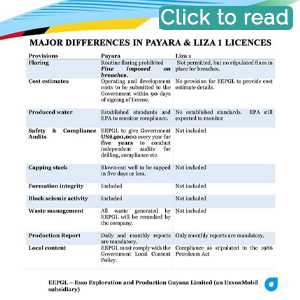