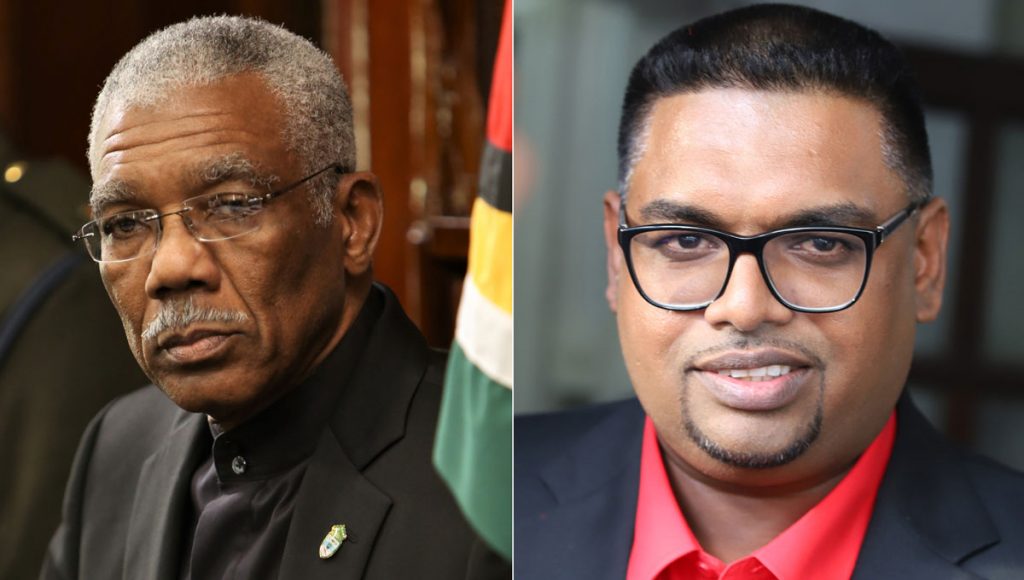 The declaration of the March 02, 2020 election removed David Granger as president and installed Irfaan Ali

Bharrat Jagdeo’s lawyer is seeking a nullity of the petitions filed challenging the 2020 general and regional elections. On Thursday during the case management hearing presided by Chief Justice (acting) Roxane George, Lawyer Douglas Mendes said that Jagdeo was yet to be served, “rules are expected to be followed” Mendes declared, as he said that “proper service” has not been affected. Vice President Jagdeo is the fourth named respondent in the matter. The Chief Justice will hear Mendes’ application on November 24th, 2020 and then again on November 26th and 30th.

No date has been set for arguments on the petitions proper. During the two-hour long virtual case management hearing, the Chief Justice (acting) in setting the timeline said that all applications have to be filed by November 20th, 2020 and all elections related documents must be filed by December 1st.

The Chief Justice (acting) said she sees a full blown trial based on the applications, she pointed out that the reliefs are almost “identical” as they are “taking different routes but hope to arrive at the same destination”.

The credibility of the declarations for several electoral districts, the recount exercise and what has been described as discrepancies uncovered are the main thrust of the legal challenges. In the first petition filed in late August, petitioners Claudette Thorne and Heston Bostwick are challenging the agreement made between then President Granger and Opposition Leader Jagdeo that resulted in Order no 60 of 2020 which birthed the one month long national recount process.

That order was made pursuant to Article 162 of the Constitution and Section 22 of the Election Law (Amendment) Act. The petitioners argue that Section 22 of the Elections Law Amendment Act is unconstitutional and violates the separation of powers. The petitioners feel too that the regime created under this order is ultra vires or the commission acted beyond its legal power.

The petitioners argue that the commission was required to determine a “final credible count” but not in the manner set out in Order 60, that Order which required the CEO to submit his elections report together with the summary of the observation reports for each of the electoral districts for the  Commission to deliberate on the report. The order also determined whether it should request the CEO to use the data as a basis to declare the results as set out in the Representation of the People Act.

The petitioners are also challenging the Amendment of the Order on the 29th of May, 2020 by the Commission which in effect ordered that the CEO used the data compiled from the recount exercise to determine the results of the elections.

The CEO had submitted to the Commission several reports using the original declarations made by the Returning Officers including the highly disputed figures submitted by the Region 4 Returning Officer Clairmont Mingo. The majority of the seven-person commission did not accept those figures.

In a second petition, filed through Monica Thomas and Brennan Nurse,  APNU/AFC is asking the Court to order GECOM Chairman Justice Claudette Singh to declare that its Presidential Candidate David Granger was elected as President in accordance with Article 177 of the Guyana Constitution. They are contending that the elections were unlawfully conducted and were affected by unlawful acts of omissions. The coalition has cited what it says are discrepancies and irregularities which affected the March 2nd polls. The petitioners feel too, that the Statements of recount used to declare the election results are in violation of the constitution.

Guyana’s longest elections ended on August 2nd following the declaration of the results using the figures from the recount exercise. That exercise showed a win for the PPP/C with 233, 336 and the APNU/AFC coalition with 217, 920 votes.