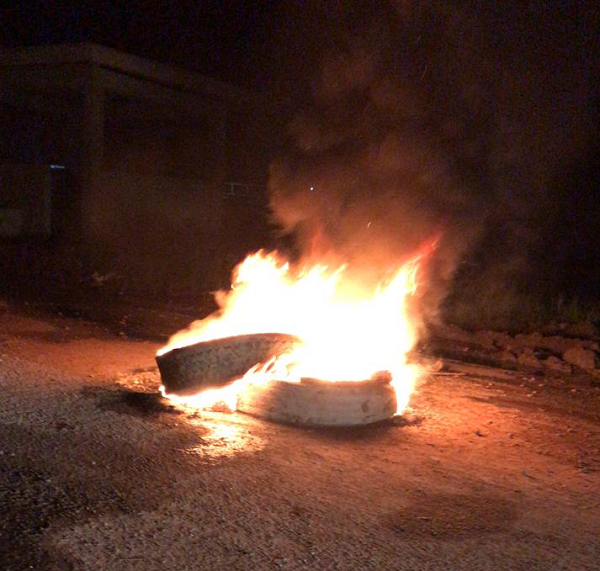 One day after Prime Minister Brigadier (retd) Mark Phillips and Agriculture Minister flew into Region 6 to meet with farmers and residents on the Corentyne in response to them being affected by floods, Black Bush Polder residents have begun protesting.

The residents earlier today protested but that exercise was quickly quelled after the police intervened. They nevertheless, recommenced their activities along the Corentyne Coast by setting two tires on fire effectively hampering the free flow of the traffic.

The Commander said the road is now clear and that the crowd which had gathered to take part in the protest removed themselves after the police showed, cautioned them and arrested the three persons.

During the visit to the region on Wednesday, the Prime Minister and Agriculture Minister met with the farmers of Johanna, Yakasari, Mibicuri and Lesbeholden where they were given an opportunity to raise whatever issues they had and how the flood was affecting them.

Constant rainfall, damage to access dams and the disruption of their livelihood were among the issues raised by the farmers and residents.

The Ministers during their visit outlined that drainage pumps, excavators, engineers’ assessment, ongoing cooperation between the Regional Democratic Council, Neighbourhood Democratic Council and the Civil Defence Commission, availability of funds to clear canals and machinery to aid in the development of the canals were among the steps which would be taken to bring relief.

The protest actions today can best be described as premature as the residents and farmers failed to allow the central and regional officials to properly roll out the planned initiatives to bring relief to the affected farmers, families and communities affected by the flood.