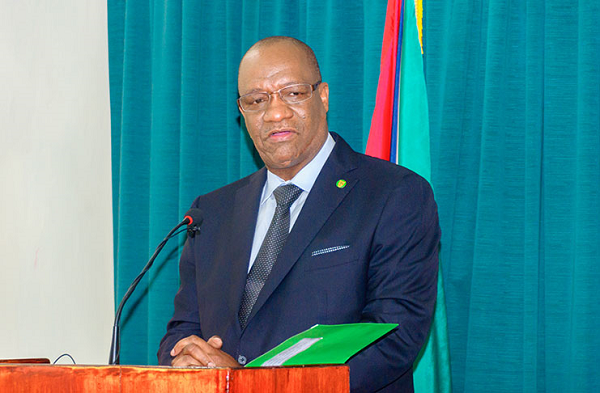 Government shelter for the persons deemed unregularised occupants on Guyana Sugar Corporation (GuySuCo) lands at the East Coast Demerara village of Success is only a temporary solution to their dilemma, says Opposition Leader Joseph Harmon.

But the Opposition Leader’s statement has been described as “disingenuous” by Prime Minister Mark Phillips. The Prime Minister has led efforts to set up a temporary shelter for some 165 persons deemed unregularised occupants of land owned by the Guyana Sugar Corporation. 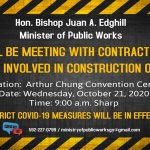 Harmon, who had previously met with persons involved in this unregularised arrangement, was asked to respond to the government’s move to set up a temporary shelter at the Graham’s Hall Primary School, during his weekly press briefing on Monday.

“This does not address the issue of land,” Harmon said, when asked whether or not the persons displaced at Success should agree to the government’s offer to accept shelter.

The Opposition Leader feels that the temporary solution can cause the families to be further displaced. “When you are putting people to go and live in a school, when school reopens what is going to happen?” the Opposition Leader asked, adding that the move can result in the persons “feeling like refugees in their own country”.

Up to noon today, the government shelter remained largely rejected by the unregularised occupants. Prime Minister Phillips confirmed that none of the persons accessed the shelter.

“The shelter will be opened for the rest of the week. We feel that by opening it, and leaving it open, is a better option,” he said.

The Prime Minister, who had previously met with the persons, said that after Sunday, the government will make a decision on whether or not to leave the shelter open.  He said that the government has no plans to regularise that area.

“That place is a field and GuySuCo is now trying to access it.”

Phillips emphasised that allowing persons to live in that area “cannot be a permanent solution” to their housing plight. “They are illegal occupants of that area, all of them have a right to apply for house lots,” he asserted.

The Civil Defence Commission has recorded some 281 structures in that area, along with 165 persons. Several persons have been occupying land in the East Coast Demerara area. In this particular case, these lands are owned by the Guyana Sugar Corporation. In a series of attempts to reclaim the land, the Corporation recently flooded the land, affecting the livelihood of the persons there. This recent action led to an avalanche of condemnation of the Corporation’s action.