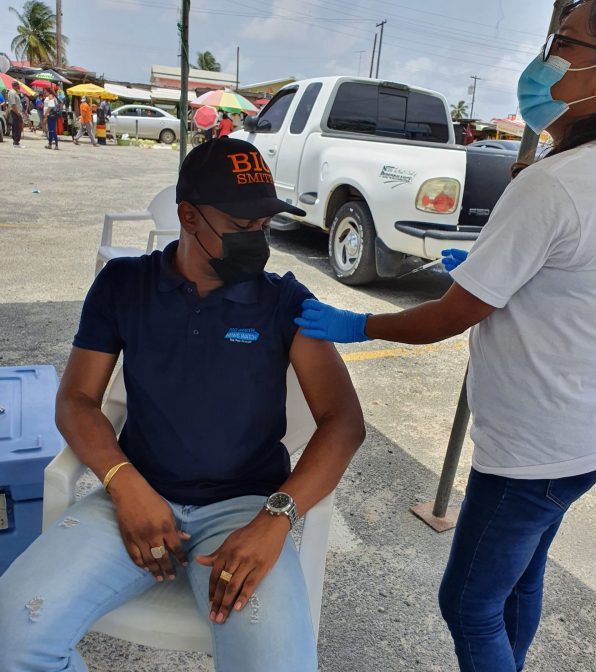 There are currently 1,770 active COVID-19 cases in Guyana according to Minister of Health Dr. Frank Anthony.

In his address to the National Assembly on Thursday, he disclosed that there are 84 persons in the hospital.

Dr. Anthony used the above statistics to urge more persons to get vaccinated.

He noted that “we will not be able to exit the pandemic unless we immunized our population. The safest way of doing so is using vaccines. There is no doubt that vaccines work.”

The Health Minister noted that while there is a global vaccine scarcity, the Guyana Government is on the path to securing the jabs for its entire adult population.

With donations already received from Barbados, India and China, along with the Vaccine Alliance COVAX, the Minister said the Government has also concluded several purchase agreements with suppliers such as the African Union, the United Arab Emirates and with SinoPharm in China.

“We already received 465,890 doses through these varied arrangements, with a similar amount already secured, most of which is expected to arrive in Guyana during this month,” he told the National Assembly.

Dr. Anthony said 10.6% of the total population, or 16.8% of the adult population is so far immunized but many are still reluctant.

“Unlike other countries, where access to vaccines has been problematic, Guyana has secured adequate doses for the adult population.

Our main challenge is vaccine hesitancy, which is often driven by careless and irresponsible talk,” he said as he plead with persons to get their jabs.

According to him, the least vaccinated population resides in Region Ten where only 10% of the adult population showed up to health facilities and outreaches to receive the voluntary jabs.

This is followed by Region Eight where 28.3% of the population is vaccinated. All other administrative regions have recorded a vaccination rate of over 40%.

“Let’s change vaccine hesitancy to vaccine enthusiasm by encouraging every eligible person to take the vaccine,” he pleaded.

He lauded Leader of the Opposition Joseph Harmon, Opposition Members Khemraj Ramjattan, Dr Karen Cummings and others who have urged residents to get vaccinated.

The Minister also thanked the health workers for their unwavering support and influential persons who have joined in the call to help Guyana fight the disease.