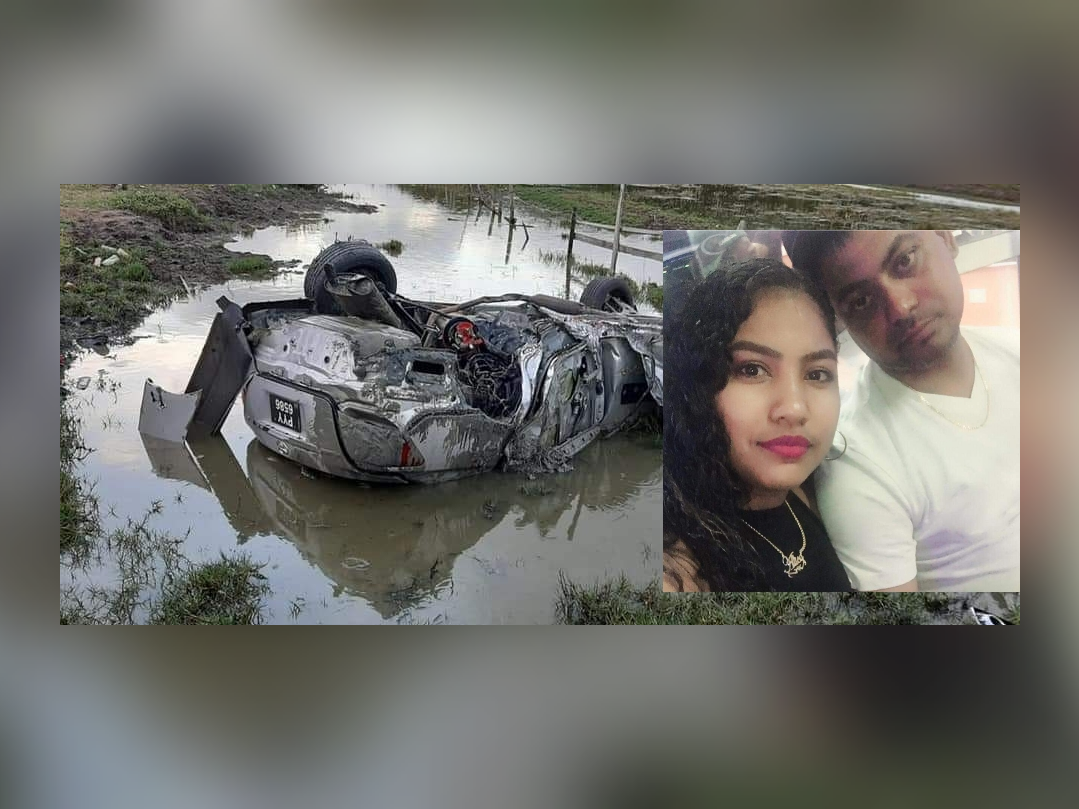 The Police in Berbice are investigating an accident which took place on the western approach to the Berbkce River Bridge.
Goldsmith, 33-year- old Vinai Jaigobin, of Bath Settlement, West Coast Berbice  was killed in the crash while his wife, Sherry Jaigobin has been warded in a critical condition.
According to information received at about 17:45 hours on Thursday, motor car PYY 6586 was proceeding towards the Berbice Bridge at a fast rate of speed when the driver lost control and collided into a concrete culvert before coming to a rest in a swampy pasture.
The impact caused the couple to receive injuries about their bodies. Both were taken out of the vehicle by public spirited citizens and rushed to New Amsterdam Public Hospital.
They arrived at the hospital in unconscious conditions and were examined by doctors who pronounced the businessman dead.
His wife was then transferred to the Georgetown Public Hospital. Investigations are ongoing.
Share on Facebook Share
Share on TwitterTweet
Share on Pinterest Share
Share on LinkedIn Share
Share on Digg Share
Related tags : BIG Smith News WatchBusinessman killedGuyana Police ForceLeroy SmithMinistry of Home Affairswife critical after Berbice crash