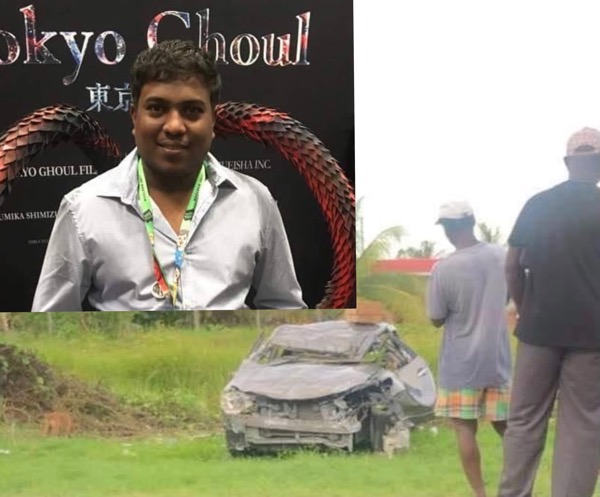 DEAD: Remy Ramsammy(inset) and the mangled vehicle he was driving

Remy Ramsammy a businessman of West Coast Berbice died on the spot this afternoon while a female who was a passenger in the vehicle he was driving, has been hospitalised.

The crash took place at No.8 West Coast Berbice, Region 5.

Ramsammy operates a Tyre shop at Armadale WCB by the name of Fix It Tyre Shop.

This publication has been informed the vehicle was heading in the western direction when Ramsammy  reportedly lost control and ended up on the opposite side of the road.

He subsequently slammed into a utility pole and later a fence where the vehicle suffered extensive damage.

The police are continuing their investigations.