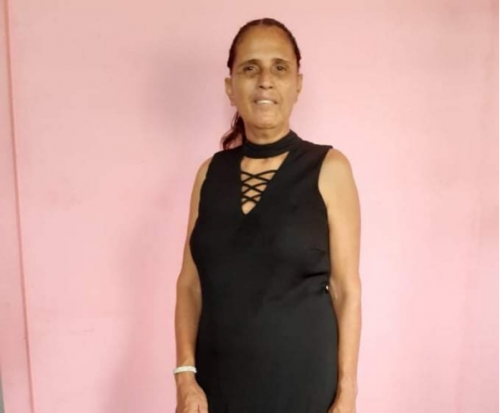 A family is seeking the assistance of the police and the public in locating an elderly member of the family who has not been seen since last week Monday after she left her Sophia home.

Her sister Alexandra Ramdhan told this publication at Petronella was last seen wearing a blue dress and red jacket when she left her home last week Monday. We were told that the woman suffers from a mental condition. 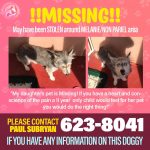 The family said since they realised that the woman was missing and a police report made, they began searching for her in places she is known to frequent. They have also been posting up flyers and making pleas to persons to assist them in locating the woman.

Searches have since been made in and around most parts of Georgetown. There was a report of her being spotted on Camp Street, at Demico House in downtown Georgetown.

Big Smith News Watch was told that the woman is afraid of persons because of her medical condition. Ironically, today the mother of the missing woman celebrates her 80th birthday.