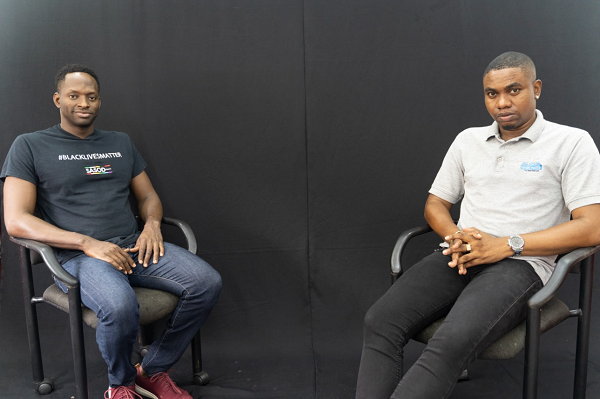 Leading gay rights activist group, Society Against Sexual Orientation Discrimination (SASOD) recently made it clear that it is not advocating for the legalization of same-sex marriage in Guyana.

This was ventilated by Founder of the Organisation Joel Simpson as he was being interviewed for FOCUS, a BIG Smith News Watch production which is aired on Sundays at 10:00 Am.

“Same-sex marriage is not on our agenda for the LGBTQ movement in Guyana,” Simpson noted during his interview with Leroy Smith.

According to him, the organization is currently looking to improve the socioeconomic status of this vulnerable and marginalized group.

The world observes June as Pride Month, a month to celebrate and focus on members of the LGBTQ Community.

Simpson explained that there are several discriminatory laws in Guyana which contribute to bullying and unfair treatment of LGBTQ persons.

He referred to the criminalization of any form of intimacy between two consenting adult men in the Criminal Law (Offences) Act and the Prevention of Discrimination Act 1997, which deals with discrimination in the workplace.

As it relates to the 1997 act, the organization wants it to include ‘Sexual Orientation’, ‘Gender Identity and ‘Gender Expression’ as grounds for discrimination.

“We are at a place in Guyana where the issues are quite the bread and butter for the community and we’re dealing with a lot of socio-economic issues,” he said.

The gay rights activist who holds a Bachelor of Law Degree noted that LGBTQ persons face discrimination in accessing healthcare, in schools and other public places.

“A lot of trans youths drop out of school so that closes off their opportunities because then they don’t write CXC and that limits their employment options,” he noted.

As a result, these persons are driven into sex work which though not illegal in Guyana, is subjected to discrimination in the laws with provisions that prohibit soliciting in public or living off of the earnings of prostitution.

“So the issues we are grappling with are far more fundamental and are socio-economic in nature and issues like marriage are just not on the agenda for the LGBTQ movement in Guyana,” Simpson said.

SASOD was formed in 2003 and is a human rights organization and movement dedicated to leading change, educating, and serving communities to end discrimination based on sexuality and gender in Guyana.

The body is currently hosting a week of virtual activities to celebrate pride month which can be found on its social media pages.

THE FULL INTERVIEW WITH JOEL SIMPSON WILL BE AIRED AT 10:00 AM, TODAY SUNDAY JUNE 13, 2021 ON THE BIG SMITH NEWS WATCH FACEBOOK PAGE