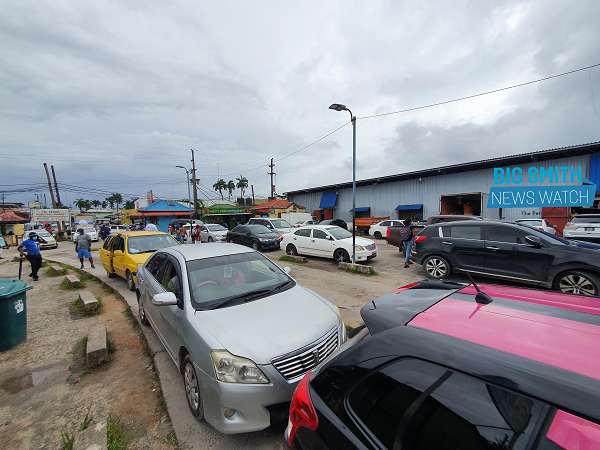 Vaccine hesitance seems to be winning in Region 10 and 8 which has resulted in the two regions recording the lowest percentage rate of persons who have accepted the first dosage of the coronavirus vaccine.

In a statement Thursday evening, President Irfaan Ali called on the people of Linden to go out and take their vaccine as he pointed to their geographical location of that Region and the spin-off implications for those living there not being vaccinated.

With the exception of Regions 8 and 10, all other regions have achieved a 30-36 percent of its population above the age of 18 years old who have taken the first dosage of the vaccine.

“So in two regions, we are not having this coverage, particularly in the case of Region 10. Only 8.9 percent of the population above 18 years took the first dosage of the vaccine to date, this is very concerning, this is very alarming” President Ali noted in his statement.

The president assured that there have been ongoing educational programs on the vaccine and that it was only over the weekend that Prime Minister Mark Phillips conducted extensive outreach in Region 10 where some improvements were seen but more still needs to be done.

“We need to understand the seriousness and we need to understand that Region 10 is the gateway to the interior which borders Brazil. We all know we have very extensive borders and the likelihood of the border being breached or persons breaching the border and coming over as positive cases is indeed a challenge that we are facing and we have to fix it ” the head of state noted.

It was noted in the late-night message by the president that additional human resources from the COVID Taskforce as well as the army have been deployed to better secure the borders but still, the challenges are real.

We are therefore very concerned about the low acceptance level of the first dosage in Region 10 and I, therefore, continue to appeal to all Guyanese, that thou not mandatory at this stage, taking the vaccine is the best option we have to save lives and exit the pandemic’” the President stated. He added that he is also very concerned about the whisper campaigns against vaccination that are not grounded in facts or science “This does not help our communities and country to exit this pandemic and I appeal to all of us, to put our country first and put the lives of our people first” Ali stressed.

Mr. Ali used the opportunity to call on leaders in society to take the vaccine and to also encourage others to take it. HE assured that over the next two weeks, Guyana will be securing additional dosages of the vaccines to ensure that the country reaches herd immunity and that there is enough vaccine to ensure that those who have taken their first shot have the second dosage.

Guyana has been able to administer more than 154 thousand first dosages of the vaccine to 31 percent of the population 18 years and over or in every hundred persons, 31 of them have taken the first dosage.